Five common misconceptions about Israel that need to end

Israel, a Middle Eastern country located on the Mediterranean Sea, is deemed holy by Jews, Christians, and Muslims. The country with Jerusalem as its capital was once ruled by Jews.

However, over time, they were expelled from these lands. But, they continued the struggle to regain their territory, and now it is home to nearly 6.5 million Jews, making it the largest Jewish community in the world.

Though Jews govern it, they never oppressed and forced minorities to flee the country. In fact, they always tried to live in harmony with other communities by granting them equal rights.

Despite these facts, there are various misconceptions and myths regarding Israel that need to end as they lack a sound foundation.  Among all, these are the five common myths about the country.

The misconception about Israel is that it sneaked the Palestine private land and deliberately settled Jews in Arab towns. However, the poised narrative fabricated by Arab propagandists and anti-Israel NGOs proved nothing more than misleading accusations as they failed to provide shreds of evidence.

Jews have made settlements in less than 2% of the disputed area, and more than 70% of Jews are living in areas adjacent to Jerusalem, an Israeli city.

The reality is that these lands were neither claimed by Arabs nor agriculturally used by them before Jews settled there. Most of the land was “wasteland “and according to international law, this land could be claimed by whoever uses it. 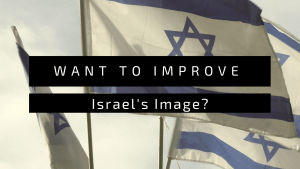 Israel has no legal right to possess the West bank of the Jordan river:

The second myth about Israel is that Israeli settlements are illegal on the West Bank of the Jordan River (Judea and Samaria), as it belongs to Palestine.

While the fact is that Jews have been living in Judea and Samaria since ancient times. According to Article 80 of the UN Charter, San Remo agreements, and Leagues of nations, these territories belong to Jews.

Though Arabs and Palestine Liberation Organization frequently claim the territory, their land, laws, and agreements entirely nullify their claim as UN resolution 242 also endorse Jews possession of Judea and Samaria.

“It allows Israel to administer the territories” it won in 1967 “until “a just and lasting peace in the Middle East” is achieved,” the resolution stated.

The third misconception regarding Israel is that the Fourth Geneva Convention(1949)forbids the establishment of Jewish societies in Israel. However, the convention’s text was written considering the consequences of World War II, and it was not drafted regarding the Israel settlements.

It does not apply to Israel situation as it was drafted for the sole objective of restricting the forcible transfer of people into war-occupied regions. It is not relevant to Israel as Jews were not relocated to war-occupied territories. They were moving back to lands, originally belonged to them and were forcibly expelled.

Europe created Israel in an attempt to apologize for the Holocaust:

Another misconception about Israel’s creation is,  that it was created by Europe to apologize for the Holocaust. It is the reality that Britain issued a Balfour Declaration in 1917 to grant Jews a homeland in Palestine, but in 1930 when Jewish immigration increased and Jewish-Arab tension flared up, Britain restricted Jews from entering Palestine in the 1930s.

At that time, the British tried to push Jews into camps in Cyprus, and Jewish started operations both against Britain and Arabs. It was the struggle and fight of Jews that made the creation of Israel possible.

Israel destroyed the peace process by linking Jerusalem and Ma’aleh:

Last but not least myth about Israel is that it is sabotaging the peace process by linking Jerusalem and Ma’aleh Adumim.

In 2005, Israel decided to build 3500 homes between two territories originally belonged to Jews; Ma’aleh Adumim and Jerusalem. Ma’aleh Adumim, a suburb of Israel’s capital, is a Jewish community with a population of around 327300.

Israel only decided to expand its largest community in 2005, but the decision caused an uproar as Palestine officials claimed that it was “a kind of terror against the peace process and against the Palestinian people,”

While in reality, Arabs tried to disrupt peace in the region by expelling Jews from their land between 1949-1967.

Since the time, Israel has tried frequently to negotiate a peace deal with Palestine, but Arabs were never willing to make a peace deal.

Want to learn how to advocate Israel?